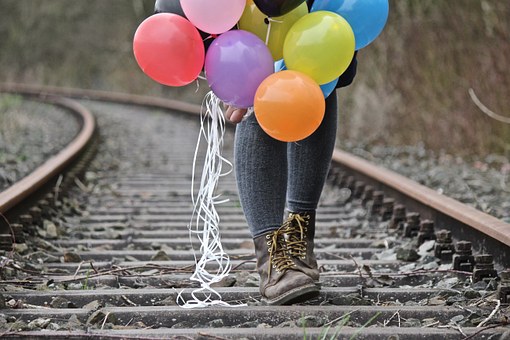 When embracing financial education, the young investor plotting their way to financial independence will learn that there are really only a small number of factors that can make a significant difference to the outcome of their investment regime – the amount they invest, the % return on investment they achieve and the duration of the investment.

Notwithstanding the unprecedented amount of information and data available, possibly the biggest advantage the younger investor has is the ability to be invested for a long time and to consistently earn interest on interest; known as compound interest, Albert Einstein once called it the ‘greatest mathematical discovery of all time’.

Compound interest can make a dramatic difference to the outcome for investors with a long time horizon, and having it demonstrated for the first time can be a moment of epiphany for some contemplating investing for the first time.

Playing around with the sliders on some of the calculators (here) can be a revelation – seeing the difference an improved investment return, or additional time in the market can be just the trigger to set you on your path to FIRE – Financial Independence, Retired Early.

More and more investors are taking personal control of saving for their retirement and with the Bank of Mum and Dad (BOMAD) increasingly called upon to help the fruit of their loins with student finance and getting on the property ladder, there has never been more pressure on parents to establish a savings regime on their behalf.

greatest mathematical discovery of all time

However tough we thought we had it, spare a thought for those recent graduates, trying to make their way in the world with the burden of student debt, astronomically high accommodation costs and constantly reminded that they will be facing abject poverty when they retire unless they set aside the large chunk of their salary that they could well do with to pay their extortionate utility bills.

The good news is that with a relatively long investment horizon, parents may be able to achieve higher returns by selecting slightly riskier investments, and compound interest has time to deliver maximum benefit; financial education is key in understanding the basics of investing and to encourage those that may feel daunted that core principles are relatively simple, and there are plenty of sources of information and support.

It’s tough, but whether you are planning for your own financial future or looking to give a loved one a head start, compound interest comes as close as is possible to ‘money for nothing’ – and you can only start from where you are.

Compound interest is the multiplier effect of interest being earned on interest, over time; the higher the interest rate and the longer the period of saving or investment the greater the end result.

It has been likened to a snowball effect – capital rolling down a hill and gathering interest; however small it may start it is possible to achieve a very large snowball if it rolls downhill for long enough.

If interest had been added only to the principal sum a ten year investment at 5% would have returned just £150 at the end of the term whereas compounding ‘miraculously’ yielded almost £163.

OK, so that may not be a game changer, but what if you add to that original savings pot by an additional £100 per year, and you build a portfolio of investments that delivers 10% per annum in a tax efficient environment. Then things look a little different:

By maintaining an additional investment of £100 per annum, certainly things start to look a little more interesting and as amounts increase and time horizons are extended, compound interest can make a dramatic difference to your financial outcomes.

Time is the key to generating such momentum – in the above example £1,000 is invested in £100 tranches over a ten year period; however, if this sum had been invested in a lump sum at the outset, compound interest would have turned that into £2593.74 – not to be sniffed at and all the more delicious if it’s sheltered from HMRC in a tax efficient wrapper.

There are currently believed to be 200 ISA millionaires in the UK – Barclays Stockbrokers has the most with 69, and one Hargreaves Lansdown customer has topped £2 million – and that this number is set to swell to more than 2,000 as savvy DIY investors take advantage of low platform fees and generous annual investment allowances.

mony a mickle maks a muckle’ – over time, regular saving of quite small amounts can build to a considerable amount of money

With subscription at £20,000 for tax year 2018/9 – ISAs are clearly something the government is keen to encourage, and are increasingly being seen as a viable and flexible alternative to traditional pension savings accounts.

Fidelity International recently estimated that it would now be possible for those subscribing to the max and achieving 5% investment return, to amass a seven figure pot in just 24 years.

In order to take maximum advantage of compound interest there are some key factors to consider – most are common sense and others can be applied more generally as good practice for investors:

To highlight the differences, let’s consider the potential outcomes that could be achieved by a steady and disciplined investor, James, and a rather more profligate cove named Jeremy.

James invests £2,000 per year into an ISA from the age of twenty five until he stops investing at age thirty five and he never adds to his pot again.

He then leaves his investment untouched to grow until his retirement; achieving an average return of 7% over the 40 years of his investment means that James’ fund is worth £225,073 by the time he retires.

By contrast, Jeremy spent much of his hard-earned cash in his twenties on fast cars, wine, women and song – some he even wasted. He came late to savings and investment but when he did so he did it with gusto, tucking away £2,000 per year for each of the thirty years from age thirty-five.

That really is compound interest in action and it is not difficult to see how harmful inaction can be when there is the most benefit to be gained from savings and investment – when you’re young.

On the grounds that you can only start from where you are, those considering becoming an investor should grasp the nettle and work out what an investment regime needs to look like to enable you to achieve your personal goals.

When faced with the prospect of setting an unrealistic proportion of salary aside because of coming late to retirement planning, many simply do nothing, and that can never be the right decision; something is better than nothing and sooner is always better than later.

If we revisit the example above, by year ten the annual interest earned is greater than the initial investment and by year thirty the results can be truly stellar.

However difficult, it is not impossible to achieve a 10% return on investments – particularly if a long time horizon allows you to explore the gamier parts of the risk/reward curve; that’s £20,000 for an investment of just £100 per month over thirty years – £3,000 invested.

The above calculations do not take account of fees or taxes, but are useful as an illustration.

Since 1869 the stock market has returned an average of 9% p.a. (a real rate of return of 6% when adjusted for inflation) although there has been greater variation over shorter time periods; average annual 20-year returns during this period have varied from as low as 3% to as high as 20% and even over 50-year periods, returns have varied from around 5% to 14%.

those who understand compound interest are destined to collect it; those who don’t are doomed to pay it

Admittedly to achieve consistently better results from the stock market than the majority of the professionals do may be a big ask, but even more modest returns can make a big difference over time; certainly with some judicious planning and diversification an investor can hope to do significantly better than the savings rates to be found on the High Street.

The amount to invest, return on investment and time in the market are key factors in the success or otherwise of an investment strategy; the very significant icing on the cake is delivered courtesy of compound interest and those planning for their own future, or aiming to give their loved ones a financial head start in life should get to grips with the very real difference that compound interest can make.

There is a flip side to compound interest – Einstein’s other contribution on the subject was ‘those who understand compound interest are destined to collect it; those who don’t are doomed to pay it’ and that will particularly strike a chord with those facing 6.1% interest payments being applied to their student debt  meaning that a very large number will simply never be able to make repayments that keep ahead of the interest that is applied – more

The Rule of 72
A handy shortcut to work out compound interest is known as the Rule of 72. You can find out how many years it will take for your investment to double by dividing 72 by the percentage rate of growth. So it will take 9 years for your investments to double if they grow at 8% a year (72/8=9), but only take 6 years if your investments grow at 12%. The Rule of 72 delivers only an approximate answer but it is a good rule of thumb.
Tags:compound interestfinancial advicefinancial educationfinancial independencefinancial literacyFIREfirst time investorgeneration xgeneration Yincomeinvestingisamillennialsnew to investingretired earlyrobo-advicerobo-advisorsaver to investorsipp
45shares
Twitter Facebook Google + 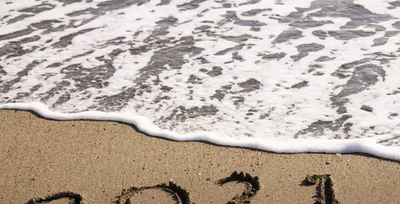