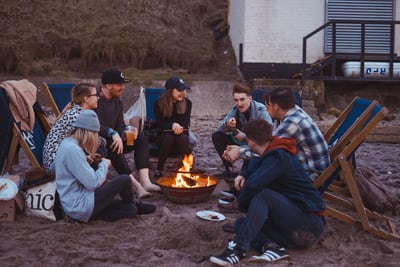 Saving and investing: A recent poll of 2,000 US adults found that 57% of Gen Z has no idea how much they have in personal savings, compared to 46% of the general population.

Northwestern Mutual’s Planning & Progress Study suggests that as they start their professional careers, many of those aged 22 and younger are failing to focus on a key aspect of their personal finances: their savings.

Speaking to CNBC Emily Holbrook, senior director of planning at Northwestern Mutual, said part of that is due to their age and goes along with just getting started: ‘For many members of Gen Z, it may be a matter of, we’re just dipping our toe into the workplace, it’s the beginning of our professional lives.’

can’t underestimate the importance of taking the reins, grabbing that control and taking some positive steps forward

In truth, it’s likely they haven’t yet needed to worry about managing their finances: ‘They haven’t really run into the type of situations and financial goal commitments that would have maybe triggered that initially, like buying a home, getting married, thinking about children,’ said Holbrook, although she said it’s crucial that young workers start planning for the future: ‘We can’t underestimate the importance of taking the reins, grabbing that control and taking some positive steps forward.’

And when they do so, young people are in the best position to take advantage of time in the market; thanks to compound interest, any interest your investments earn then accrues interest on itself – earning interest on interest means the earlier you start putting money away, the bigger the boost the stock market will give you.

As well as missing out on potential earnings, Gen Z could also risk falling into ‘the same debt trap’ that other generations have experienced, says Holbrook says; not only do wages not stretch as far as they used to, but middle class life is 30% more expensive than it was 20 years ago, according to Alissa Quart, author of ‘Squeezed: Why Our Families Can’t Afford America.’

If Gen Z can be encouraged to make saving and investing a priority from the start, it can hopefully avoid turning to credit cards or other debt when an emergency strikes.

Holbrook says that a good place to start is for younger workers to take a look at their current financial picture; get a firm understanding of how much you earn, any savings you have and any debt burden.

Next, make a plan of action. ‘Go to any site where you’re able to plug in numbers and understand the impact that getting savings started can have on your future,’ Holbrook says, then get in the habit of saving whatever you can and automate the process as much as possible.

The ABC of ESG