Exploding the myths around millennials and money management; they’re a pretty canny bunch 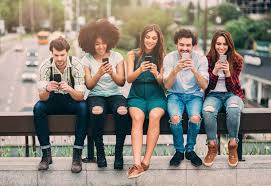 Millennials are often portrayed as frittering their cash on avocado toast, on soya vanilla lattes and ‘experiences’ – holidays in exotic locations to trump their friends on Instagram.

A disapproving report by Barclays found that on average those aged 20-37 spend more than £3,300 a year on ‘takeaways, eating out, daily coffees, socialising and buying new clothes’ which was served up as evidence of their profligacy.

However, this is the generation that entered adulthood during the greatest global financial crisis since the 1930s; in reality, many millennials are keen savers and more sensible than their parents who have been able to surf the tide of seemingly inexorably rising property values.

Perhaps because they have experienced financial insecurity, research from Standard Life said there is a ‘negative myth about 13- to 35-year-olds being reckless and wasteful’, instead revealing a nation of ‘young but sensible savers’.

many millennials are keen savers and more sensible than their parents

This sentiment is shared elsewhere – figures from the Office for National Statistics show that half of twenty-somethings have no savings at all — up from 40% a decade ago – but in light of punitive levels of student debt and the astronomical cost of accommodation, that fifty percent have managed to squirrel something away could be seen as a triumph.

In fact it is not just young adults, all of us are saving less; the Household Savings Ratio — the amount an average household has left after bills and spending as a percentage of income – has fallen steeply, from 14% of household income in 1992 to 4% per cent last year.

DIY investing broker Hargreaves Lansdown points to an even higher level of saving among the young, identifying that 66% of 18-34 year-olds save every month, compared with just 52% of those aged 35- 54; theoretically the prime saving years.

HL says that the younger age group is also more likely to have a nest egg — 73% plays 71%; opt-out rates for auto-enrolment into pensions are also lower for those in their twenties than for those in their forties, fifties and sixties with barely 4% of 22-29-year-olds bailing out of the government’s scheme to save for retirement, compared with 14% of the older age groups.

Hargreaves found that more than nine in ten Junior ISAs are still open and invested a year after the account holder comes of age at 18, which hardly suggests licentiousness.

The government can take some credit for incentivising young people to save; money saved in Help to Buy ISAs and Lifetime ISAs receives a 25% bonus courtesy of the taxpayer. Sarah Coles, personal finance analyst at Hargreaves Lansdown, says older generations find it hard to believe that young people are being responsible with money.

‘They can remember scrimping and saving for their first property and sitting on the floor while they saved up again for furniture. So it’s easy for them to look at younger people spending money on trainers and Aperol Spritz, and see that as the root cause of their problems.

This overlooks the jaw-dropping rate at which house prices and rental costs have outstripped salaries. It also ignores the increasing affordability of many consumer goods. And it neglects the fact that if you’re going to be scrimping and saving for a home of your own until you’re 34, you’re going to need something to keep you going,’ she says.

Young adults are also the first generation to grow up with smartphones, which have created new ways of managing money

Young adults are also the first generation to grow up with smartphones, which have created new ways of managing money with a whole range of apps that allow them to budget, track their spending and invest.

Digital banks such as Starling and Monzo offer analysis of spending and even traditional banks now give instant access to information on what is going in and out of your account.

Cleo, a phone app billed as ‘the intelligent assistant’, has access to all your accounts — credit cards, current accounts, Paypal etc. — and analyses spending and saving, sending cheeky messages to prompt better behaviour; these products put millennials far more in control of their money than any previous generation – See our round up of money management apps here.

As financial self-reliance necessarily replaces dependence on the state, it is inevitable that we will all have to take more personal responsibility; that requirement will grow ever stronger as new generations come along.

In addition to technical assistance, changing behaviours will have the most profound and lasting influences; because of that it is important to strike the right balance between doing the ‘right thing’ and living a life.

Attempting to live on starvation rations and eschewing anything that could be portrayed as frivolity is likely to provoke a serious ‘live for the day’ backlash; financial education has a big part to play – understand the basics and focus on achievable outcomes rather than self-inflicted penury.

Muckle is dedicated to the next generation of savers and investors because ‘mony a mickle maks a muckle’; little and often is rarely worse than nothing, ever and the feeling of emancipation and achievement that comes with financial independence is worth the price of admission on its own.