Robo-advice: the Future of Mass Market Savings and Investment? 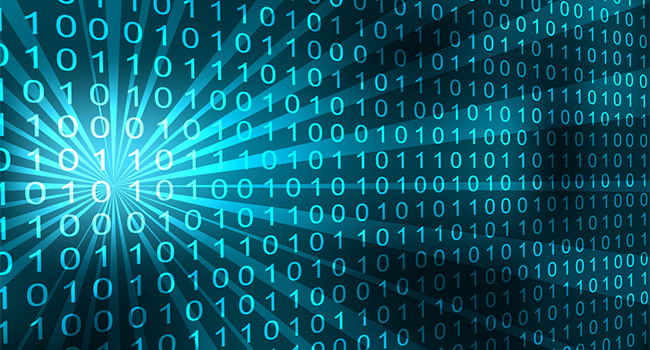 Particularly in light of the booming financial technology – ‘fintech’ – industry, an almost inevitable consequence of RDR was the proliferation of automated or robo-advice platforms serving advisers and their erstwhile clients.

A clutch of robo-advisors have now launched in the UK targeting the growing field of online savings and investment platforms and a large number are believed to be in development.

Following the Financial Advice Market Review (FAMR) in March 2016 it is clear that the Financial Conduct Authority (FCA) wants to create a more clearly defined two-tier market, with ‘advice’ on investments (defined as ‘personal recommendation’) continuing to be strictly regulated, but with general ‘guidance’, or ‘streamlined advice’, which does not include a full fact-find about the customer, more lightly regulated.

FAMR concluded that up to 16 million people in the UK were trapped in a ‘financial advice gap’ — needing advice but unable to afford it.

In many instances the platforms automate asset allocation models such as Harry Markowitz’ Modern Portfolio Theory that advisers have used for decades; however attractive the mental image, there is no robot involved, rather a series of algorithms that construct portfolios, usually of ETFs, based upon the circumstances, objectives and attitude to risk of the user.

Designed to deliver universal access to good financial advice, the 2012 Retail Distribution Review had the polar opposite effect rendering advice too expensive for many, and making those with smaller investments unattractive to those advisers that remain.

With general levels of financial literacy low, and access to advice beyond them, it is not difficult to see why some may not be rejoicing in their new found pension freedoms; robo-advice may be the answer for some, and it is a very large market.

FCA believes that one solution is more ‘online automated advice models that have the ability to deliver advice in a more cost-efficient way’, which is where robo-advice comes in.

For an awful lot of people, full blown financial advice is not only too costly, but for those with relatively straightforward or modest investments, it is actually often unnecessary.

Robo-advisers allow the user to apply online, state their circumstances and objectives, and the platform does the rest.

In the vanguard of robo-advice in the States are Wealthfront and Betterment, which were both set up in 2008 and now have $6.5 billion (£4.5 billion) in assets under management.

Platforms in the US have attracted considerable institutional and VC investment, and that is expected to be mirrored here with the FCA’s renewed focus on this advice space.

Nutmeg was the first platform to be launched in the UK when it rolled live in 2011, and even in that short space of time its online investment model is conspicuously less automated than some of the more recent start ups.

There has been a raft of recent launches including Money Farm, Scalable Capital, Wealth Horizon and Wealthify.

Subtly different variations on the theme include Wealth Kernel, which aims its wealth management platform at financial advisors, and Gear Investments, an online discretionary wealth manager

With so much attention in the space, and seemingly access to very large sums of investment, it appears that this could genuinely herald the beginning of a new era in savings and investment, that could see a large sector of the ‘traditional’ financial services industry permanently disintermediated.

Scalable Capital was started by six colleagues from Goldman Sachs’ Capital Markets who raised €4 million in seed funding in 2015, gaining a licence in January 2016 and now launching in the UK and Germany.

Its model is based upon an evidence based investment algorithm that forecasts risks and then, according to one of its founders, ‘spits out the optimal portfolio’.

The space is not just populated by Silicon Roundabout’s equivalent of Klondike Pete; some of the biggest names in wealth management are eyeing the space, if not already active, and some banks that withdrew from wealth management after miss selling scandals are on their way back.

However much the media has seized upon it, start ups in the space tend to shun the term robo-advice, preferring to be described as ‘digital investment managers’ where their model most closely approximates the role traditionally performed by a financial adviser; however, they may find themselves with a moniker that they struggle to shrug off as ‘robo-advisor’ passes into the public lexicon.

There is presently anything up to ten variants of robo-advice, each targeting a perceived deficiency in the traditional wealth management space and particularly those orphaned and let down so badly by RDR.

Notwithstanding the indisputable market need and the fact that rapidly evolving technology can deliver a solution, there are still hurdles to overcome, not least of which is the fundamental definition of what constitutes ‘advice’.

Automated services are based on decision trees and rather than advice in the traditional sense, they are guided invested sales that don’t take into account the clients’ changing objectives and circumstances over time.

Critics have suggested that some platforms are really just a mechanism for steering users toward a model portfolio, which may not be the most suitable collection of investments for their individual circumstances.

Whilst there will have been plenty of back testing conducted on the algorithms that are adopted, there is certain to be a lot of noise around investment performance as increasing numbers of platforms come on stream.

For some there will never be an automated solution that comes close to matching the bespoke quality of advice and bedside manner of their financial advisor; however, for those denied access to affordable advice and looking to create a diverse portfolio of investments at low management charges, robo-advice may have a crucial role to play.

establish a tax efficient robo-investment vehicle that becomes the gift that keeps on giving, from cradle to grave

Certainly for the tech-savvy ‘millennials’ – facing huge financial challenges from tuition fees, property prices and retirement planning – establishing a regular savings regime into a low-cost investment vehicle may go a considerable way toward solving some of those issues.

Perhaps we will see some joined up thinking whereby parents and grandparents setting up Junior ISAs or SIPPs are able to establish a tax efficient robo-investment vehicle that becomes the gift that keeps on giving, from cradle to grave.

The financial services sector has not been short of innovation and activity of late as the traditional bastions of the City have faced the rise of peer to peer lending, crowdfunding and developments such as carbon credits and cryptocoins.

However, such is the scale of the advice gap, and so great the demand for good investment returns coupled with very low charges, that the current crop of automated platforms could change the face of mass market savings and investment forever by delivering a jargon-free product that concentrates on outcomes.

Is it DIY Investing? Not strictly speaking, although as more platforms are delivered there will be choices to be made in terms of investment strategy, fees and ultimately performance.

However, if by delivering a simple and cost effective way for many more to save and invest for their future, then it will have fulfilled a very valuable function.