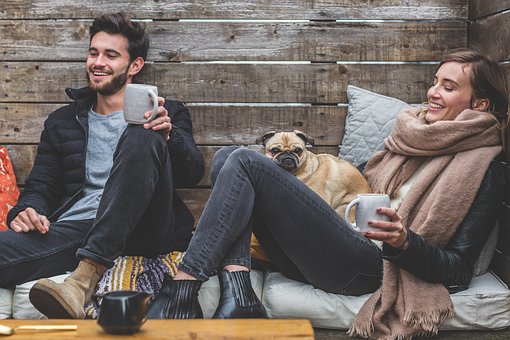 Despite the stated ambition of robo advisors to ‘democratise investing’ and reach out to tech savvy millennials, for reasons that are not difficult to fathom, early adopters tended to be more mature, relatively wealthier investors attracted by instantly diversified investment portfolios with low fees.

However, BlackRock’s recent Investor Pulse survey shows that a growing generation of investors are embracing digital wealth management technology and are actively engaged in planning their financial future.

The survey suggests that four in ten millennials are aware of robo advice, which makes them the most engaged of any of the age groups surveyed; this will come as good news to robo advisors such as Wealthify and Moola which have reduced their minimum investment requirement to attract a younger client base and have sought to engage them with websites and apps that feel comfortable and well pitched.

The pressures of student debt, accommodation and squeezed wages are well documented, but the robo advisors are right to suggest that doing something is rarely a bad idea; even small amounts invested over a long period of time can deliver surprising results thanks to Einstein’s ‘eighth wonder of the world’ – compound interest,  more.

Despite having less money to invest than other age groups, one in four millennials (those aged between 25 and 34) who are aware of robo advisors say they are very likely to use one in the future; by contrast those aged between  55-64 and 65-74, said they are unlikely to take robo advice.

The UK survey identified that six in ten millennials manage their everyday savings at least once a week online or on a mobile or tablet device and that generally millennials have embraced technology in managing their money.

Of those surveyed that said they monitor or manage their investments digitally, a quarter said they were inclined to keep investing, while more than one in five said they are more interested in making investments online in the future.

It appears that the more engaged they are in monitoring or managing their investments online, the more in control and confident they feel; nearly half of millennials managing their investments online at least once a week feel like they are more in control of their money whereas that could be said of just three in ten of those who do so just once a month.

In announcing the results of its survey, Head of BlackRock’s UK Retail Sales Team, Nick Hutton said that technology is at the heart of how millennials communicate, consume information, and manage their day-to-day living: ‘It is reassuring to see the impact it is making on their saving and investing behaviour. A generation that has often lacked financial confidence and has been hamstrung by immediate financial priorities, technology is empowering millennials to start thinking about their long-term financial futures by giving them access and information at their fingertips,’ he said.

With ‘mony a mickle maks a muckle’ at its beating heart, Muckle sees the results of BlackRock’s  survey as evidence of genuine progress toward engaging the next generation of savers and investors.