Muckle
Homerobo adviceView from the States: How will robo advice fare in a bear market?

View from the States: How will robo advice fare in a bear market? 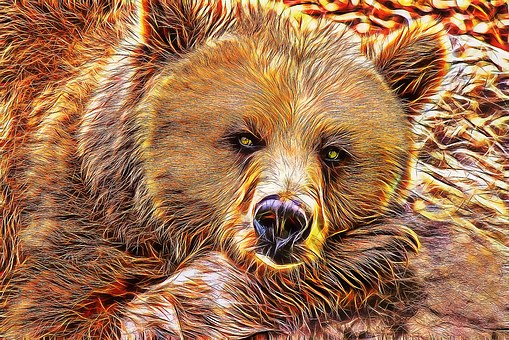 A recent report for Euromoney concluded that global equities are displaying all the signs of being in a downturn.

In the words of Bank of America Merrill Lynch’s research analysts in December, it’s ‘a big nasty bear market’, and in a bear market, who do you want to look after your money?

The likelihood is that you’d probably someone who was around in the last downturn, and someone you can call when things get messy, which could mean the end of the recent boom of robo advisors.

Having ridden up with the bull market over the last decade, there are now more than 300 robo advisors globally, with an estimated $1.5 trillion to $2 trillion in assets under management.

According to fintech research company Burnmark, there are more than 200 in the US, about 30 in Germany and between 15 and 20 in each of China, the UK, India and France.

Assets under management had been expected to reach $3.7 trillion by 2025, but that did not factor in a recession.

it may be over a year away, a recession is nonetheless on the horizon

While it may be over a year away, a recession is nonetheless on the horizon now, and already the independent roboa advisors that don’t have a downturn under their belts are starting to get twitchy.

The two largest independent robo-advisers in the US, Betterment and Wealthfront, for example, launched savings products over the last few months in preparation for a move into cash and to compete with online-only banks like Ally – which, while offering no advice, do offer 2% interest rates with no fee.

That’s all well and good, but what about inflation? US consumer prices are up about 2.25% and economists are murmuring that could ramp up in the next two years, which would see anyone failing to beat inflation with their investments becoming poorer in real terms.

As nervousness grows, it will be interesting to see whether robo advisor assets simply move from independents to more solid names – such as Vanguard or Schwab’s robo-advisory platforms, the former of which already has five times the number of assets as Wealthfront and Betterment combined.

But the large banks that have added robo advice businesses to their own stand to win – particularly those who proved to be a safe pair of hands 10 years ago.

Take JPMorgan. At the peak of the crash it was taking in $1 billion a day, and the bank has said it will be adding digital portfolio management to its new ‘You invest’ offering in early 2019.

It looks an awful lot like it is setting up a robo advisor, which may be the biggest signal so far that a bear market is here.

How to invest in residential property without buying a home