What the Dickens! Investment outlook for 2021

A festive collection of forecasts, theories, and other harmless fictions from our analysts…

The bat was dead, to begin with. There is no doubt whatever about that. Whether the world will look anything like it did before the bat made it into a bao-bun remains to be seen.

Time will tell, and it looks like we’ll have plenty of that on our hands in January but, for now, as you nurse a gin and tonic garnished with what may be one of the last slices of fresh lemon in the country, we hope you will enjoy this collection of ideas, theories and outlandish predictions from the investment companies team at Kepler.

What a daunting task. After the pandemic blindsided us all in the first quarter of 2020 and made all our predictions look stupid, who would want to pick one theme for 2021?

If there was one asset class with good fundamentals, good valuations and in-built resilience to an asteroid impact then it would be at the top of my list.

As there isn’t, I am going to go for the UK, on the ‘go big or go home’ strategy. The UK has been out of favour since 2016. Concerns about the impact of Brexit have been the chief cause, while the pandemic has also been unkind to the UK market.

The FTSE 100 is heavily skewed to economically sensitive areas and has practically nothing in the tech and ecommerce sectors that were seen as ‘COVID winners’.

These latter factors mean that the UK could do very well in a sustained global recovery in 2021, and I would suggest that the sharp rally seen in UK stocks in September and October may foreshadow this – our stock market was very sensitive to the positive news on the vaccines.

I expect the FTSE 250 and small cap in particular will have a good year. The FTSE 100 may be more mixed – miners should do well on a reflationary rally, but the banks may be sluggish as the recession works through the real economy.

I expect there to be a Brexit deal, in which case there could be an almighty relief rally. Even if there isn’t, I would expect any volatility to be short-lived.

A lot of bad news is in the price for domestic UK stocks, and a reduction in uncertainty should give them a boost.

We are also ahead in rolling out the vaccines and, if that lasts, not impossible given the vagaries of EU organisation, then that could favour us as the long-awaited springtime finally arrives.

The US stock market has been a key contributor to investor returns for many years. UK investors have historically tended to have an underweight exposure relative to global markets – both because of their home bias (costing them dear, given UK equities have been a poor performer on a relative basis) and because the US equity market always seems to look much more expensive.

At the same time, they have become significantly more dominated by technology companies, which have risen as a proportion of the S&P 500 from 17% to 22% over the course of the year – a result of their outperforming the wider equity market by over 20% (at the time of writing).

As a result, Robert Schiller’s CAPE (cyclically adjusted P/E ratio) for the S&P as a whole is at levels seen last before the Dotcom peak, and prior to that the closing stages of the 1920’s. We all know what happened next in both of those instances.

It would appear that many investors have great expectations for US equities. With a new president installed, the potential for a short and sharp fall in prices is there, potentially prompted by any number of factors put forward by the new regime in the White House.

Few other regions of the world have such high expectations baked into prices, with so much potential for change. Warren Buffett always says you should “Never bet against America”, but we wonder how much capital he will be putting to work in US equity markets in 2021?

A Tale of Two Cities

It was the best of times, it was the worst of times – actually no it was just bloody awful. David Johnson ponders what happens next when the endless dirge of Brexit is finally over…

The battle for Brexit rages on, even as this piece is written. Make no mistake, the back-and-forward over fisheries masks a contest over areas of greater economic importance.

Yet despite the perpetual ‘zero hour’ negotiations we are slowly pushing towards an eventual deal. One which both sides are desperate for, ignoring the jingoism propagated by the media.

The question for the more optimistic investor is – who are the winners from a potential deal? While there may be some individual stocks within Europe which come to the forefront, domestically-focused UK companies may be the greatest winners.

Investors looking at investment trusts in this light should be on the look-out for companies whose valuations have been depressed as a result of the Brexit chaos, and are thus potential positive re-raters, with Invesco Perpetual UK Smaller Companies being a possible example – though it has seen its discount narrow in recent weeks.

Likewise they should be conscious of trusts whose fortunes are ultimately dependent on either the British or continental European consumer, with Henderson Eurotrust and European Assets being potential beneficiaries.

On the flipside, what of a no-deal Brexit? As unlikely (and unfortunate) as it may be, the answer might be to avoid UK and Continental Europe entirely.

While there may be long term opportunities in mispriced European securities as investors flee the region, sometimes discretion is the better part of valour.

Throughout the 1950s Solomon Asch conducted a series of experiments on conformity. One volunteer was (unknowingly) placed amongst a group of six, the other five of whom were actors.

All participants were asked to identify which of a series of three lines on one side of a piece of paper matched one line on the other side in length.

The answer each time was obvious. The actors were instructed to give the same answer as one another, and for it to always be incorrect.

A very significant minority (c. 37%) of volunteers found themselves conforming to the actors, with only 25% consistently espousing a different viewpoint to the (obviously wrong) group.

The point is, the risks to investing in China are very clear and being spelt out to you, yet fear of missing out is driving many investors to chase returns.

Again, we would reiterate that ‘investing’ in China is essentially impossible; your ability to extract your capital is at the whim of the CCP (as hedge fund manager Kyle Bass points out, would you really trust a court case to go in your favour for access to a company’s assets?).

What is likely to drive equity returns in China is the expansion of credit mechanisms without alternative avenues.

Capacity is being destroyed, in a highly levered economy, through debt defaults. Input costs are rising, particularly on imported raw materials.

Inflation may be a short-term problem that the government will first try to crush through contraction of the monetary base.

Later in the year they will probably panic and reverse course, but the first recipients will be corporate debt demand.

Equity markets are likely to languish, if they are lucky. Far better opportunities may exist elsewhere in the short-term, which do not require you to vie with the interests of the CCP.

Past performance is not a reliable indicator of future results. The value of investments can fall as well as rise and you may get back less than you invested when you decide to sell your investments. It is strongly recommended that Independent financial advice should be taken before entering into any financial transaction. The information provided on this website is not intended for distribution to, or use by, any person or entity in any jurisdiction or country where such distribution or use would be contrary to law or regulation or which would subject Kepler Partners LLP to any registration requirement within such jurisdiction or country. In particular, this website is exclusively for non-US Persons. Persons who access this information are required to inform themselves and to comply with any such restrictions. The information contained in this website is not intended to constitute, and should not be construed as, investment advice. No representation or warranty, express or implied, is given by any person as to the accuracy or completeness of the information and no responsibility or liability is accepted for the accuracy or sufficiency of any of the information, for any errors, omissions or misstatements, negligent or otherwise. Any views and opinions, whilst given in good faith, are subject to change without notice. This is not an official confirmation of terms and is not a recommendation, offer or solicitation to buy or sell or take any action in relation to any investment mentioned herein. Any prices or quotations contained herein are indicative only.   Kepler Partners LLP (including its partners, employees and representatives) or a connected person may have positions in or options on the securities detailed in this report, and may buy, sell or offer to purchase or sell such securities from time to time, but will at all times be subject to restrictions imposed by the firm’s internal rules. A copy of the firm’s Conflict of Interest policy is available on request. 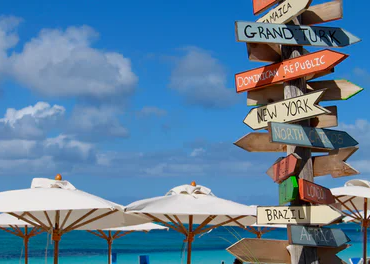 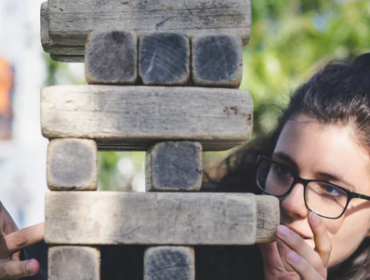 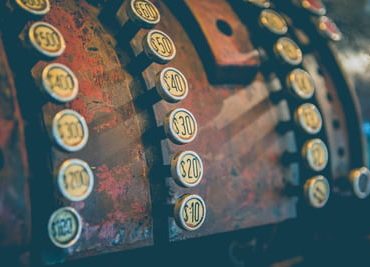