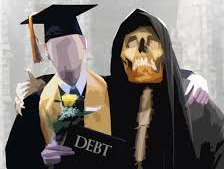 Last year Muckler highlighted the double whammy of increasing tuition fees and interest rates applied to student finance at levels way above the Bank of England base rate – £50,000 of debt at 18x base rate – loan sharks? No, student finance; he now revisits the subject as rates soar to 6.1%

However unpopular it made Nick Clegg in 2010 when university tuition fees trebled to £9,000, many students remained sanguine about the fee and loan regime because they only have to pay back when they reached a certain earnings threshold; loans would be written off if they never earned at that level and many may have dismissed the interest charged on the loans as unimportant.

However, the hike in interest to be applied in September could add years, and tens of thousands of pounds, to repayments.

‘Plan Two’ is the regime that applies to students starting university since September 2012; interest on loans starts at the level of the Retail Price Index (RPI) and increases to RPI + 3%.

RPI is one of the two main measures of UK consumer inflation produced by the Office for National Statistics, and is typically 0.9% higher than CPI; the rate of RPI in March of each year sets the student loan interest rate from the following September.

When the current system was introduced, RPI was 0.9%, meaning borrowers paid a maximum of 3.9% interest; however, inflation is now feeding through and RPI hit 3.1% in March, meaning that the top rate of interest is now a 24 x multiple of BoE base rate at 6.1%.

Students also pay the maximum RPI + 3% while they are studying and until the April after they leave the course; Muckler can see no justification in undergraduates with little or no income being charged the same rate as graduates earning more than £41,000.

The average graduate finishing a three-year course this summer will owe £48,633 which includes £4,980 in interest accrued during their studies; those who take a four-year course will owe £66,659, including £8,455 of interest.

The hike in rates adds more than £3,000 to the average balance in a year; with repayments made at 9% of the amount earned over £21,000 a salary of £51,500 would be required just to pay back more than the interest accruing on a loan.

A generation is starting adult life ‘on the back foot’ with the Bank of Mum and Dad pressed into action as parents have re-mortgaged their homes or cashed in pension pots to help their children avoid student loans.

For those on modest incomes, making the minimum repayments, their debts will only get bigger and bigger and many may never be able to pay them off at all.

Debts wiped out after 30 years

Loans outstanding after 30 years are currently written off leaving taxpayers to pick up the bill, although if that were reneged upon, graduates could carry this debt well into old age

Most students will not have established a credit score in their own right and therefore have to accept whatever terms the student loan scheme dictates; the way the  interest is structured keeps borrowers paying for as long as possible.

The Department for Education told Muckler: ‘Student loans are different from commercial loans, as they are based on income, not the amount borrowed.

‘Interest is linked to RPI to ensure that student funding remains sustainable. On average, graduates enjoy a considerable wage premium. Our system is fair.’

But RPI fluctuations can add significantly to the debt each year; the more that is earned, the higher the interest gets:

These illustrations assume RPI remains constant for the duration of the loan, when in reality the rate will fluctuate, but clearly student debt is a burden to be carried by low, middle and high earners alike and a significant drag on those looking to purchase a property, or put together a life.

This may have slipped through largely unnoticed when RPI was at historic lows and focus was on tuition fees; however, RPI was 5% as recently as March 2011 and one of the predicted consequences of Brexit is a rise in the cost of living.

Student loans may be no less transparent than a variable rate loan or mortgage, but Muckler is concerned at the number of students that may have signed up without being aware that wildly fluctuating interest rates could add years and thousands of pounds to their repayments.

‘Muckler can see no justification in undergraduates with little or no income being charged the same rate as graduates earning more than £41,000’

For context, Yorkshire Building Society has just launched the UK’s cheapest ever mortgage at just 0.89%; that may come as no comfort to those that are never able to shuck off the crippling burden of student debt and for whom home ownership will remain just a pipe-dream.

Future increases to tuition fees are to be based upon ‘gold, silver and bronze’ standards of education;  Liberal Democrat leader Tim Farron said further rises in fees was ‘unacceptable’ and that students are unable to get a clear picture of the debt they might face.

Having retrospectively increased student loan payments and withdrawn maintenance grants, trust in the Government is not high and Mr Farron’s party may be considered to have worsened many a poor student’s plight.

The decision to take on such significant debt is not an easy one and universities deemed to be in the ‘bronze’ category, may well struggle to attract students, particularly to courses that deliver little in terms of employability – BA (Hons) Golf Management, with a fifty-grand monkey on your back, anyone?

This is a topic to which we will return because it feels intrinsically wrong, and likely to be more so as inflation becomes more significant; it is certainly time for parents and grandparents to consider some of the options that exist in terms of establishing investment plans aimed at giving children a financial head start.

It’s all a far cry from when Muckler gratefully received his beer tokens from the local authority and immersed himself in all of the hedonistic and mind-expanding experiences that university life could serve up – achieving a perfectly respectable ‘Desmond’ along the way. 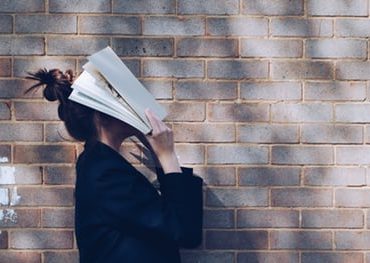