Muckle
HomePersonal Finance 101Investing should be a no-brainer for millennials: Muckler meets one 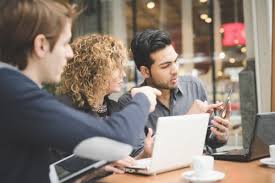 If you’re struggling to get on to the property ladder or pay off your student loan, investing in your twenties and early thirties can seem like a chore; according to a study by Bankrate.com just a third of millennials own stocks and shares

However, Muckle is committed to encouraging as many people as possible to embrace savings and investment on the way to financial independence.

The ability to achieve your financial objectives and life goals is liberating and we are powerful advocates of the flourishing FIRE movement in the States – those seeking to be Financially Independent, Retired Early; that doesn’t mean you have to, it means you have options.

We believe that education is the key and are lobbying for much greater emphasis on financial literacy in schools, with basic principles taught at primary school level.

Muckle has recently launched a series of educational pieces intended to debunk financial services and truly democratise investing by engaging the next generation of investors.

However, this is not all about ‘products’ and spreadsheets, we want to share your experiences and thoughts as your road to financial freedom twists and turns – as the saying would have it ‘none of us is stronger than all of us’.

There is no right way, there is no wrong way, this is not a get-rich-quick scheme; if you are inclined to borrow money to trade cryptocurrency, then this is probably not the site for you.

However, if you are interested in long-term wealth creation we hope that you will engage and encourage other to do so.

Muckler recently met PR executive Sophie, 26, to tell us how and why she became an investor.

Sophie, thank you for being our first guest on Muckle, and I suppose I ought to declare some prior knowledge on the          basis that you’re my niece, so we’ve started close to home.

You’re welcome – I know you don’t use your name, but please don’t ever ask me to call you Uncle Muckler! Anyway, I think it was you that first got me thinking about money; you were always banging on about ‘mony a mickle maks a muckle’.

Ha ha, I guess it was something that my old Dad drummed into me; that was one of his sayings and I was always aware of the need to look after the pennies – there was no easy credit then, if we wanted something we saved for it.

I think being aware of the value of things was important growing up, and I’ve never lost sight of that; now I know that in order to have the things I want in life, I’ve got to take control and that’s what I’m doing.

So, you’re five years out of university, you’ve boomeranged home, how are you managing?

I’ll not deny its tough – the rate of interest that is added to our student finance is just awful (more) and although I really love my job, its not generally a well paid career. However, I know that if I ever want to get on the property ladder I’ve got to save hard.

So how on earth do you manage to put money aside as well as meeting every day living costs?

I know that some are fortunate enough to be able to get a deposit on a flat from the Bank of Mum and Dad, but as a third child, that’s not possible. However, Mum’s been great, she has been putting the housekeeping money I’ve paid her away and it’s really starting to add up.

I try to live frugally, but I’m not obsessive about it; I still manage to go out with my friends at weekends and like to think I do my bit for Prosecco sales, but I think its about moderation.

I remember you having a head for money even as a little girl.

Are you going to do that silly joke about having a slot in my head?

No, but I do remember you trying to sell lemonade outside the house one hot summer.

Yes, it made me realise that if I worked and saved, I could buy things I wanted – like all those ‘NOW’ CDs.

I’ll never forget how you tried to explain what I now know to be compound interest to me; you kept saying ‘do you understand’ and I kept saying ‘yes’ but it was only years later that I really did.

So on the basis that you’re our guest millennial investor – what investments do you make?

I knew that the interest available from savings accounts were never going to do the trick  and realised that all the time interest rates were lower than inflation, I was getting poorer and that really annoyed me; I wonder how many people know that .

We tried to work out how much we would need to have at the end of each year between now and then; we then looked at all our options in terms of investments and the returns we could achieve.

That seems remarkably together for a 26 year old, are you sure you’re not just saying that to keep Muckler sweet?

It may sound strange, but we actually enjoyed the whole process; we tackled it together and learned a lot quite quickly; the first lesson was make sure whatever you have is kept away from the Tax Man in an ISA.

There’s so much information out there, and some of the interactive sites are really fun; you can try varying the amount to invest and interest rates achieved, and see what a huge difference even a small increase in your investment or slightly longer time horizon can make.

It sounds as though I’m preaching to the converted!

Again it is not something that we spend masses of time on, but its nice to see that the value of our ‘pot’ has increased and how much closer we are to our goal.

We realised early on that we didn’t want to spend masses of time researching and investing in individual companies and so we decided to use one of the new automated investment platforms; I know robo adviser sounds a bit sci-fi, but we realised that we could buy all types of investments from around the world, and pay quite low fees – if I get this right I think that ticks the boxes about not putting your eggs in one basket, and keeping costs down.

We were asked lots of questions about how we would feel if the value of our investments were to fall and were allocated a portfolio that is right for us; obviously we’d rather they didn’t but we know that markets will sometimes go down, but we also know that over time our return should be so much better than we could get from a savings account.

The fact that we started relatively young is a massive advantage; I won’t say which one we use, but we looked at a number of platforms, and knew this was the one for us.

Its app allows us to see the value of our investments at any time, and we can also look at changing how risky our investments are – I know that the more risk we take the more we could make, but neither of us want to undo all our hard work by being too greedy.

Well, what can I say, a model interviewee! it sounds as though you’ve really thought it all through and are really in control.

I know that a lot of our friends would think we’re a bit odd, but we know what we want and believe we know what we need to get there; we worked out what we can afford and we just make a regular monthly investment – when I was given a small bonus at Christmas, that went in as well.

We also know that if we ever need to we can access out money at any time, and whilst I hope we won’t need to dip in, that provides a useful safety net.

Sophie, you’re a star – sure you’re not after my job! I wish you both all the very best; will you talk to us again at some point to let us know how you’re getting on?

I’m sure I’ll be able to do that over your terrible jokes at Christmas, but I’d be happy to do so, and thank you for thinking of me.

If you have a story you’d like to tell, we’d love to hear from you at ask@diyinvestor.net

Move over millennials – What generation Z knows about money management

The ABC of ESG